nTopology 3.38 is here! We are back with an update after a two-week hiatus with new features and many improvements. We are releasing two new TPMS Unit Cells with Exact thickness input in Beta and Graph from Mesh Faces block to create your custom unit cell. This release comes with quality-of-life improvements. Be sure to read below about Block Updates and Bug Fixes. As with every release, nTopology’s dedicated support team is ready to answer your questions. Please visit support.ntopology.com to gain access to helpful tutorials and support articles. 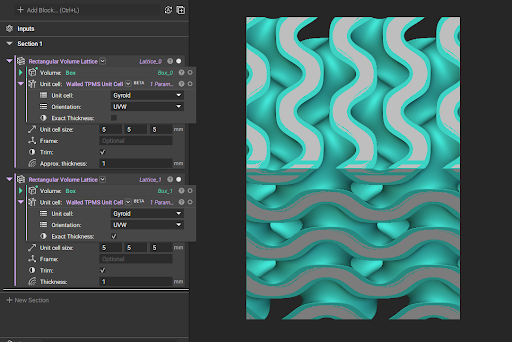 Measuring wall thickness when the Exact thickness is unchecked shows that the thickness is an approximation, although your lattice will generate faster.

Measuring wall thickness with the Exact thickness checked shows that it matches your input value. Areas that look thicker than 1 mm are not perpendicular to the top view. Section cutting these areas with the correct plane confirms the wall thickness is consistently 1mm. 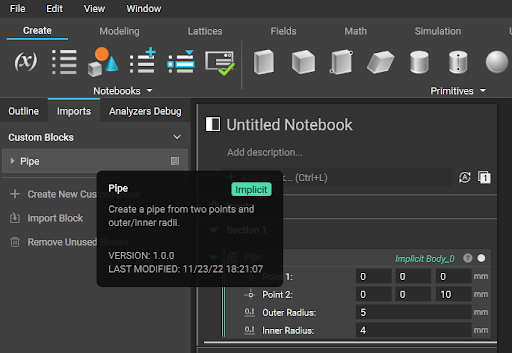 When you have an existing block in a notebook (below left) and update to a new version of nTop, the block will now be overloaded and auto-switch to the proper type (below right).

We converted over the following blocks from our old variant inputs to now be incorporated into our overload system.